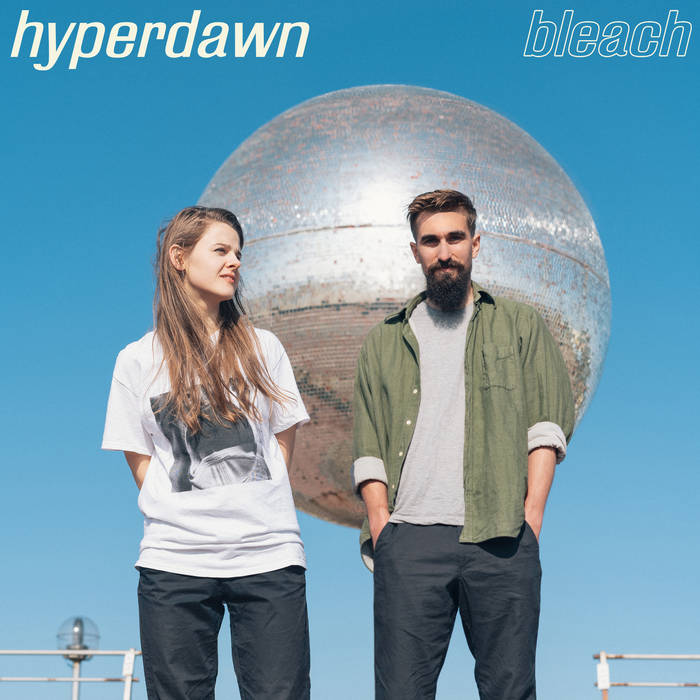 Hyperdawn is the moniker of Salford based experimentalists Michael Cutting and Vitalija Glovackyte. Off the back of their prolific individual projects, ranging from multimedia performances to studio releases, orchestral works to solo live sets, the duo has steadily developed a distinctive voice as Hyperdawn, forging modified keyboards, homemade instruments and reel to reel tape recorders. Their debut album Bleach takes their physical, process-based aesthetic with imperfections of warped tape and faltering hardware and pushes it towards the boundaries of pop music. Hints of verse-chorus structures are now apparent with the use of Vitalija’s voice as an essential introduction, giving the duo’s rough grained instrumentals a new level of poignancy.

While the reel to reel machines provide the album’s characteristic sound, this isn’t music for the analogue purist. Digital processes have their place here, countering the warmth of valve amplifiers with glitchy pitch-bending effects, matching un-quantised tape loops with high frame-rate playback. Bleach displays a delicate balance between new and old, skeletal and substantial, rigour and recklessness. The result is a broken pop music borne out of hours of improvisations and experimentation that feels at once completely foreign and entirely familiar. Ambiguous textures and structures are contextualised by Vitalija’s confident vocal delivery. Beats are left off-kilter, intonation is approximate, while clicks and pops protrude over decaying instrumentals, suggesting music that is already disintegrating in time.

Michael and Vitalija have taken their live show to venues and festivals across the UK, US, Canada and Europe as well as had their music broadcast on BBC Radio 3 (Late Junction), NTS Radio and Berlin Community Radio amongst others. Bleach will be released on September 2019 via Them There Records and will be made available on vinyl and digital formats. Followed by a headline European tour.

Video for Laugh And Laugh
www.youtube.com/watch?v=ZlEOc9YA7SI&feature=youtu.be

All music by Hyperdawn

Them There Records Preston, UK

Bandcamp Daily  your guide to the world of Bandcamp

MF DOOM is given his flowers, plus appearances from MC Jada Imani and Stanley Ipkuss